5 Point Someone vs 3-Idiots 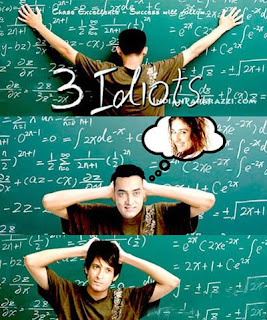 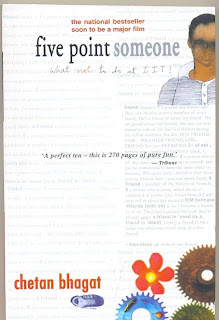 I watched the movie 3-Idiots on 27th December. I had had a number of recos from friends to watch it asap. My dire desire was to see 42 goin on to 21! And, to be very true, I didn’t recognize Amir as 42 or 21 years old guy. He appeared as a representative typical collegiate, and I enjoyed the movie. The Wangdu thing was really quite unexpected and appealing.

Well, one thing that I noticed REMARKABLY was that the movie was having 5PS as its soul, no doubt, even though I read that quite a time back and don’t remember it all! Friend who recommended it to me also said so. Ryan’s transformation into Ranncchoddas or Rancho could not go unnoticed. The very scene of Raju’s (Sherman Joshi) home where his mother’s every sentence was ending with some commodity-index listing drove me directly to 5PS.

All said, as I understand all the media brouhaha about this Chetan Bhagat's 5PS vs 3Is case, is that one day CB sahib woke up and suddenly learns that he’s not received opening credited, but a closing-credit. However, Vidhu sahib says closing credit was what signed in the contract. CB’s problem also lies with the fact that movie is 70% 5PS, while he was assured it being 2-5%! Yaar, how do they do these correlation studies? May be taught in IITD or IIMA!?

Whatever, the fuss CB and VVC are creating on media, and the annoyance it’s generating on social networks is just getting bigger and worse! I haven’t seen the movie Hello, and don’t know whether it credited A Night At Call Center or not? So, cant say money is thing agitating CB or not? It’s difficult to decide who’s on right side, who’s playing the cards, and whether it has got to do anything with publicity?

My say is that both the parties should sit together in peace, have a cup of coffee of their choice, discuss the fuss and solve the problem without making any further stride in this non-productive ruckus! VVC should acknowledge book’s contribution to movie, and CB should accept the situation. We all know, movie was good, and was based on CB's work! Isn't it the Best Award for a Good writer?!