Where the mind is without fear and the head is held high;

Where knowledge is free;

Where the world has not been broken up into fragments by narrow domestic walls;

Where words come out from the depth of truth...

Few days back when I came to know about a book on an Indian Business Barron on the Banned Indian Books’ List, the first thing that came in my mind were the lines from Tagore. What an irony, we live in a country, whose forefathers have dreamt about a nation without fear, about a nation with right to speech, right to knowledge; and where the Government enjoys the “privilege” to “freely” ban the books, censor what it feels offensive!

Wikipedia describes Banned books as the books whose free access is not permitted. Further it says that the practice of banning books is just another form of censorship, and often has political, religious or moral motivations. In our country, banning books have got its history since the British rule days. In fact, few of the Books

Department of Publication, Directorate of Printing, Ministry of External Affairs or Home Affairs, there’s no where official documentation of which books have been restricted, leave any thought about when and why? Evidently Amit Prakash also reported, “Irrational application of the law apart, the very purpose of imposing bans, that are almost never revoked, appears defeated in the face of the fact that there is no comprehensive list of banned books either with the Customs Department or with the Home Ministry. And even if one does exists, officers responsible for issuing notification banning books are unaware of it.....”
that have been banned/censored by the then rules, still have not been permitted for the free access. Interestingly, exploring the internet I was able to compile the list of books banned by Government of India (GoI) through the time, but couldn’t able to get a GoI official page that takes the note of this “noble cause”! Being it 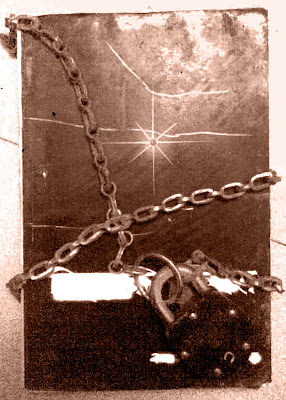 My motive behind this post has been an open discussion on the reasons for restricting books, with a compilation. Rationales, I learnt, can be enlisted as:
1.   Religious, the list contains Hindu Heaven: The Land of the Lingam banned in 1930s to Early Islam & The True Furqan: the 21st century Quran banned in 2005. I don’t know what really our tolerance limit is. We love bragging about our own very narrow niche, we love talking all shit about the thing/person/community/religion we don’t like, but when we it comes to a healthy discussion, we just surrender! Interestingly, our brilliantly proactive government knows what can ignite the unsaid! In fact, the pre-independence British Government also knew our attitude quite futuristically, that the books restricted by them way back in 1930s still are not allowed to read.

2.   Books on our sociological and sexual behaviours have also been all time favourite to Governments through time to attract the imposition of restriction.  This category includes Sexual Behaviour in the Human Male, and Sexual Behaviour in the Human Female (1953), The Jewel in the Lotus (A historical survey of the sexual culture of the East, 1968), and Scented Garden (Anthropology of sex life in the Levant, 1945), etc.

3.   Politics and politicians’ related Books have always allured the restrictions. One interesting book attracting temporary restriction was Seymour Hersh’s The Price of Power: Kissinger and Nixon in the White House. Morarji Desai obtained a temporary ban as the book described him as a star performer for CIA. Various books on Gandhi, Nehru have also been banned through the years.

are few to quote.

The point of thought is that, when we are ranked as a Free Nation, when we boast about our culture, our democracy, about our openness to discussion, in fact fondness of discussion, why do we still need to disallow people to read a book. What is that scares us? Are we really so intolerable that we would not be able to listen the criticism, if any, patiently in a healthy environment? If yes, doesn’t this the right time to adopt the change, to change our attitudes? We love and dare to watch porn, but are afraid to talk about Sex, about Politics and about Religion. For us, Temples with sexual-mudras are okay, Vatsayayana’s KamaSutra is a heritage, but talking about sex is taboo! It is the time for change! It’s!

And for the Government, decide tactfully what actually requires restriction; and know how to monitor it. A periodical check on what is relevant and what gone irrelevant regarding restrictions is highly expected from GoI.  What could have been a reason for British Government to ban books in pre-Independence era could be just a fact in present scenario.


Finally, heartiest acknowledgement to Kaustav Ghosh, who told me about a banned book which inspired me to take this post. The blogposts, articles which helped me lot while writing this post, in addition to Wikipedia, include:
1. Chatterley‘s Lover still banned in India by Amit Prakash
2. Banned books in India: 1970s-2006 by Nilanjana S Roy
3. Banned Books in India: Call for Help