Just a few hours and Just a few places - 1: Varanasi

June 06, 2012
Mystic, yoga, ghats – is it only what you saw when visited Varanasi? One certainly plans a lot, both spiritually and economically before visiting the one of World’s Oldest living city, but what if one has just a few hours in hands and one wants to visit just a few places that most have missed? 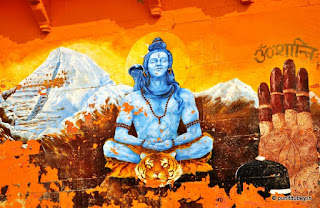 
Just a few hours and three places in Banaras aka Benaras. First, being a long-forgotten architectural marvel built by Maharaja Sawai Jai Singh II, in the series of Astronomical Observatories or Jantar Mantar across the country. Taken care by Archaeological Survey of India, Jantar Mantar of Banaras is situated at Rajendra Prasad Ghat, just adjacent to famous Dashaswamedh Ghat. This monument not only provides an opportunity to observe the old instruments (yantras) but also give a splendid look of the Ghats. This monument can be easily reached by Varanasi Railway station by auto-rickshaw that would put you on grounded roller coaster ride for about Rs 70 through the city. 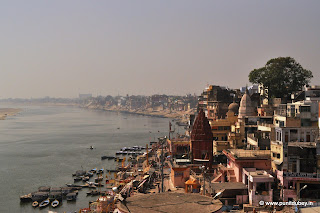 A panaromic view of Ghats from Jantar Mantar

Next pit stop would be at Daal Mandi - an old alley-style local market famous for cheap clothes, crockeries, crackers, bangles, and a lot of things including traditional Moslem food. This densely packed market gives an ultimate opportunity to saviour one’s bargaining skill. So, just do it! Situated at about twenty minutes’ walk from Dashaswamedh towards Baansphatak, one may relish famous Mallaiyo in winters. 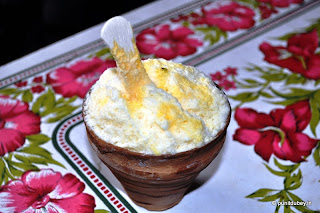 Final destination would be an old-as-politics rendezvous of I-know-it-all people of the city, Pappu Chae Dukaan (Pappu’s Tea Shop). Located near Lakshmi Bai Ghat (towards Assi as one drives from Dashaswamedh) this place is not only efficient to rejuvenate with specially prepared tea (which itself is art at this shop) but may also drag you into an intense debate on Global politics, mind it – Global! Reaching this shop would be another 10-20 bucks ride in a sharing auto-rickshaw.
You may spend a lot of time in the city; few places always create the moments for the rest of your life. Indulge!

Will soon be coming with more such short posts....

(This post is a Guest post entry into some TUITravel contest, details are unkown to me too ;))