Life and Ride 'Resolutions' for the Year 2013 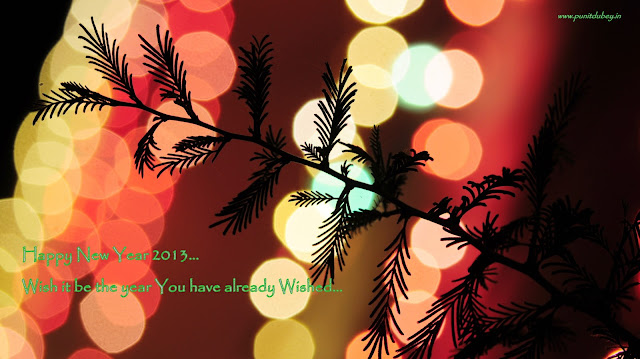 I, who belongs to the species of human beings generally called as brats, have shed a few layers of my not-so-narcissistic admiration for self in last year – to say. The way this all and that is happening (yes it’s still happening and not reached the death) I would never be able to love myself, reach the earlier level of self-respect ever, and yes I said ‘ever’. But the post is not again about the love of my life – I! It’s about what I am wishing from the coming year and for what I would actually try.

It isn't like this is for the first time, this goddamn life is such cruel to me, but the cruelty has taken an ugly turn this year leading to a point from where it would be if not impossible, just next to it to return back to where I wanted it to be. Ahh…a long sentence that I hate! But, again this post is not about I!
The year 2012, and its precursors too, taught me not to be over-smart, over-estimate – especially when it’s about relations. Sometimes, it’s not what we anticipate in desperation but rather milder. So, I won’t over calculate the situations but just allow myself to attempt and not shy away.
I also learnt that it gives you just one chance, if you are a usual fella, else one more to earn what you are longing for. And, if you are moron like me, you are ought to lose it – like in my case forever.

Blog
Last year was better on this front, got to know and befriend number of good bloggers. Yes for that part, I really feel lucky. I could travel more, except for the later part of year, and post more travelogues; though procrastination did mar me publishing a huge number of unfinished write-ups. I was able to be read by good number of people and be contacted for reviews (and that mattered a lot to me :D). This year will try to give my blog a better shape, a new banner and an attractive logo too. An unusual step would be limiting my social media presence, though trying to promote the blog.

Rides and Travel
I could not be Leh’d this year too, so saved a bunch full of leaves. Zanskar trip was certainly helluva adventurous with each day unfolding a new story, but we couldn’t trek. So this year I would try to trek it too. Leh (preferably Kanyakumari to KharDungLa), Zanskar trek would be first on priority list, but an overnight stay at Slope of Hell, a trip to Uttrakhand to shoot Star-trail, a trip to Arunachal and Andaman or Lakshadweep would for sure be tried with the same zeal. Backpacking Europe or Thailand is what I have already started planning.

A Secret Project
Have been thinking about this secret project since eons, but couldn't even start. Wish to start it soon, and share with you all asap.

What else…
A new look to Achtung! and new start to my Life; what else one could ask for that too in public. :)

Though I am in dead need of wishes for the coming year to be in my favour, I certainly believe extending my wishes to all and everyone would multiply it at least some zillion time, isn’t it!
Have a Great year…..