This is what Merriam-Webster suggests as the definition of Personal. And not much differing, for me ‘Personal’ means just personal, no intervention, limited input-output interaction. Now, here are these 6-girls from different walks of life, each having not only a different story to tell but also an altogether different way to tell it – at ZeeTV’s new Prime time Reality show ConnectedHumTum.

Indiblogger’s Meet
I had a really real hectic and screwed up time last week. I wanted to go to this event, but it was on a weekday, and again about a sorta daily soap opera which I have been least interested about. But, I wanted to meet follow bloggers and its always be great to be at Indiblogger’s meets to explore more like you and then I did a little research and gotta know it is not a soap opera but something I wouldn’t ever think to be a part of (yes, I may say yes if they ask to be on BiggBoss, but not here). After the regular blogger stuff,
we were asked how many of us will be ready to share the all we live every day and no surprised none said Aye; then came forward the ladies, sitting amongst us, who agreed to share their lives on National Television. 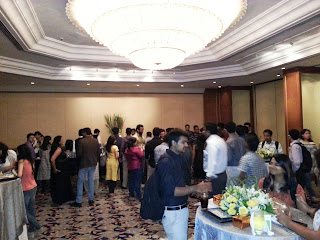 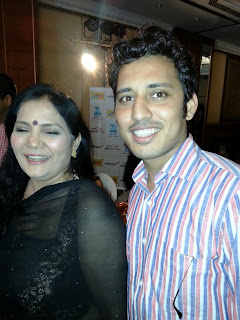 The Ladies
Paromita Vohra, the one who directed the show, was the one who told us about the concept and how they finalised with the courage of these six women. Preeti Kochar, a Dentist by profession, a Belly Dancer by love, aw loving wife with a smart kid and caring mother in law, was the first to share what she feels and was also the last who answered the question that was not even clearly understood by the audience ;) Pallavi Barman is Brand Manager at Diesel and has just got married with a guy for whom the family meant only guy-thing. Mahima Chaudhary is a small town girl with big dreams in this big city, she feels lonely without her parents support. Sonal Giani, a freak girl who’s an LGBT activist with Humsafar Trust, and has got an identical twin sister, is still to know will her lover’s family even accept them, like her family accepted her decision? Madhavi Mauskar is though the eldest of the league is for sure the youngest of all :) She has got a story and is now in a Catch22 situation of what to do and worse Why to do it? Sixth one, and not the least (though widest ;) is Malishka Mendonca, India’s best known RJ, who signals love but hops the road signals. 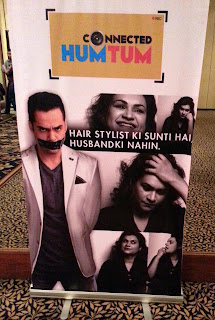 Now the thing is that these six ladies will have to carry a camera all day along, shoting-recording not what they are up to but also sharing with it what they thinking as if to one’s best friend. I am not sure what all part would be true, or if some part of the show would be like they say cooked up, but it no doubts need courage to share anything, even if it’s untrue, with a camera that directly (with edits of course) transmits it the world. Honestly, for a few ladies I may associate success in their career as a point to join such a weirdo show, but what for those who have already got a so called settled life?

To appreciate something, and even to criticise something constructively we better watch it (like I read MeinKampf before having a view on Hitler), so I wont be reviewing it here. But, for sure suggest that though I don’t feel to be a part of peeping into neighbours’ window kind of guy but I do watch reality show and will watch these too.

For a better reason, it may solve the eternal question, what the women WANT, for me :) Women have always been courageous than Men and have always got lot, hell lot more than Men to share, let’s see what’s with them now...


(Thanks to Abhishek Mukherjee at www.titantantra.com for fabulous pictures :)